This role includes the duty to make efforts to ensure that the dignity and the centrality of the human person is protected to actively promote more creative and concrete forms of solidarity acceptance and protection and to encourage effective dialogue between peoples. With this in mind the Church continues to strive to understand the causes of migration to work towards overcoming its negative effects and to maximise its positive influence on the communities of origin transit and destination.

As the surge in the number of recent conflicts has produced new waves of asylum seekers and displaced people there is an increasingly urgent need to intensify the efforts to promote a gradual reduction in the root causes of migration that cause entire peoples to abandon their homelands.

States and their people cannot risk becoming indifferent to human tragedy Forced migration due to persecution conflicts terrorism and other tragedies takes the form of fleeing for salvation often involving dangerous or lifethreatening journeys which may nonetheless offer the only option for reaching a country where protection and the possibility of a dignified life can be found.

The Church is therefore appealing to States to respond effectively to the recognition of the need for protection to restore human dignity to those who need it and to treat the causes of forced mobility by cooperating in a spirit of international solidarity. In the social doctrine of the Church the theme of human dignity derives from the recognition that all human beings are created in the image and likeness of God. Religious ethnic social or cultural variables citizenship or lack of it do not change this fact that gives any individual an inherent and immeasurable worth and dignity to the point that each human life is considered sacred.

Emigration when it is a response to the need of survival from extreme poverty and hunger from threats to life from generalised violence and similar conditions cannot be prevented. States and their people therefore cannot risk becoming used to or indifferent to such human tragedy. The principle of human dignity implies that the vital needs of the person have to be assured.

Pope Francis said that migrants and refugees are not pawns on the chessboard of humanity. They are children women and men who leave or who are forced to leave their homes for various reasons who share a legitimate desire for knowing and having but above all for being more. In this context the recent announcement that this year the Maltese government will be launching a national policy on the integration of migrants is very welcome.

Such a policy should prove to be another important step in the solidarity response our small nation has endeavoured to design build and sustain over the past years to provide international protection to those who need it and reach our shores.

Another 20 reported dead and thrown at sea during crossing. The migrant was among a group of eight who were transferred to Mater Dei Hospital. Three of the migrants were in critical condition. 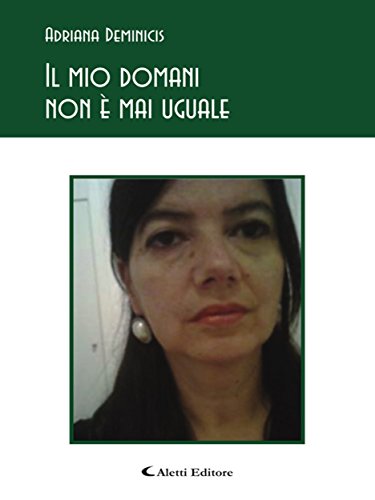 A spokesperson for the health ministry has also confirmed that ebola tests carried on three migrants at Mater Dei Hospital came back negative. The third result was confirmed late in the evening.

A dinghy carrying 87 subSaharan migrants arrived at Haywharf this morning at around 10am after it was intercepted by the Armed Forces of Malta off the coast of Malta. The migrants who are claiming to be from Burkina Faso Mali the Ivory Coast and Guinea are all male and are believed to have departed from Libya before being intercepted off the east coast of Malta. According to information relayed by the migrants the dinghy had originally been carrying around people on board but 20 are feared dead.

In a tweet Prime Minister Joseph Muscat said that the dead are said to have been thrown at sea during the crossing. Addressing a press briefing this afternoon at Mater Dei Hospital Charles Mallia Azzopardi who heads the Ebola Response Unit explained that even though the risk of Ebola is extremely low all precautionary measures were taken. Azzopardi explained that 84 migrants have been quarantined at Hal Far detention centre to be treated for Ebola. An additional three migrants have been hospitalised where they were certified to be suffering in critical condition due to severe dehydration. They were also tested for Ebola.

Mallia Azzopardi explained that Ebola screening was carried out after one of the migrants declared that he is from Guinea. In addition he explained that authorities could ignore claims by the migrants that 20 others had perished. The migrants who arrived this morning at around 10am after spending an unspecified amount of days crossing the Mediterranean Sea appeared weak as they disembarked off the AFM vessel.

Despite arriving at Haywharf at around 10am safety precuatons meant that the disembarkation had to wait until 30pm. For the first time since the deadly Ebola outbreak across West and Central Africa the migrants were screened by health authorities. AFM personnel wore full Ebola protective suits while a decontamination tent was also set up. A spokeswoman for the home affairs ministry underlined that these were only precautionary measures and that there was no cause for alarm.

Members of the media are also being kept away from the ordinary safety distance as a precaution. Migrants were provided with blankets and water while on board the AFM vessel. An AFM vessel has towed the migrants' dinghy to shore while additional vessels have been deployed in search for any bodies in the area. AFM personnel remained in constant contact with the Italian military and the health authorities on safe distance procedure.

The AFM had been monitoring the situation for the past hours and after ongoing communication with their Italian counterparts it was decided that due to their safety the migrants should be brought to Malta. A migrant has died at Mater Dei Hospital hours after being rescued this morning. The man was in a group of 87 migrants picked up from a drifting dinghy some miles off Mellieha. Three were found to be in critical condition having swallowed sea water after suffering dehydration.

They were rushed to hospital where one of them passed away. Another five migrants were also taken to hospital for urgent medical care. The migrants all men said their group had originally consisted of people but 20 perished during the voyage.

No bodies were found on the boat or at sea. They said they started their trip from Libya and had been at sea for days. After rescue by a patrol boat the migrants were taken to Haywharf the AFM maritime base where they were received by AFM personnel in biohazard suits because of the risk of Ebola. Disembarkation started about three hours after the patrol boat arrived with officials having awaited the arrival from Mater Dei Hospital of a decontamination tent which was set up purely as a precaution. A Health Ministry spokeswoman insisted that there was no cause for alarm.

The migrants have now been moved to Safi Detention Centre where they are being held in quarantine monitored by the AFM and public health authorities. Those in hospital were immediately tested for Ebola. The tests were negative. Ebola has a threeweek incubation period and the risk that the migrants carry the disease is low especially considering that the migrants spent time in Libya before heading over to Malta the spokeswoman said. The rescue was the first in several months and came at a time when the number of migrants in detention had slipped to a low of just At one time there were over Concern on petrol prices increases by 10 points Despite a lull in migrant arrivals before last Thursday concern on immigration has risen by four points since November.

Despite decreasing numbers immigration has overtaken traffic which was the top concern in the November survey. Respondents were asked to mention the two main problems facing the country. The biggest percentage point increase over November was registered by respondents mentioning petrol prices as a major concern.

Concern on petrol prices is just two points lower than that on the cost of living. Despite the absence of any boat arrivals in the past months concern on migration has gone up by eight points since March The survey shows that concern on traffic has gone down from the record levels registered in November but remains substantially higher than in March. This suggests that most Maltese do not consider unemployment much of a problem reflecting statistics showing an increase in employment figures.

Concern on the environment mostly on development issues has remained stable at five points slightly higher than in November but three points lower than in March Labour voters are more likely to be concerned about traffic and immigration but are less likely as PN voters to be concerned with petrol prices. Immigration tops the concern list of both PN and PL voters. Concern on traffic is also six points higher among PL voters. One reason for this could be that PL voters are less likely to mention problems which can be blamed on the government of the day.

Problems like roads traffic and to a certain extent migration are not directly attributable to the present government.

But the percentage rises to 18 points among PN voters. This suggests that PN voters are more susceptible to PN propaganda on this issue. Respondents with a post secondary level of education those who continued studies after secondary level but did not go to university are the most likely to be concerned by rising petrol prices.

Disgruntlement among this category may be bad news for the government. For it was within this category that a major shift towards the PL occurred before the general election. Methodology respondents were contacted by telephone between Wednesday 7 and Tuesday 13 January. The survey was stopped when a quota sample was reached. Respondents were told that MaltaToday was conducting the survey.